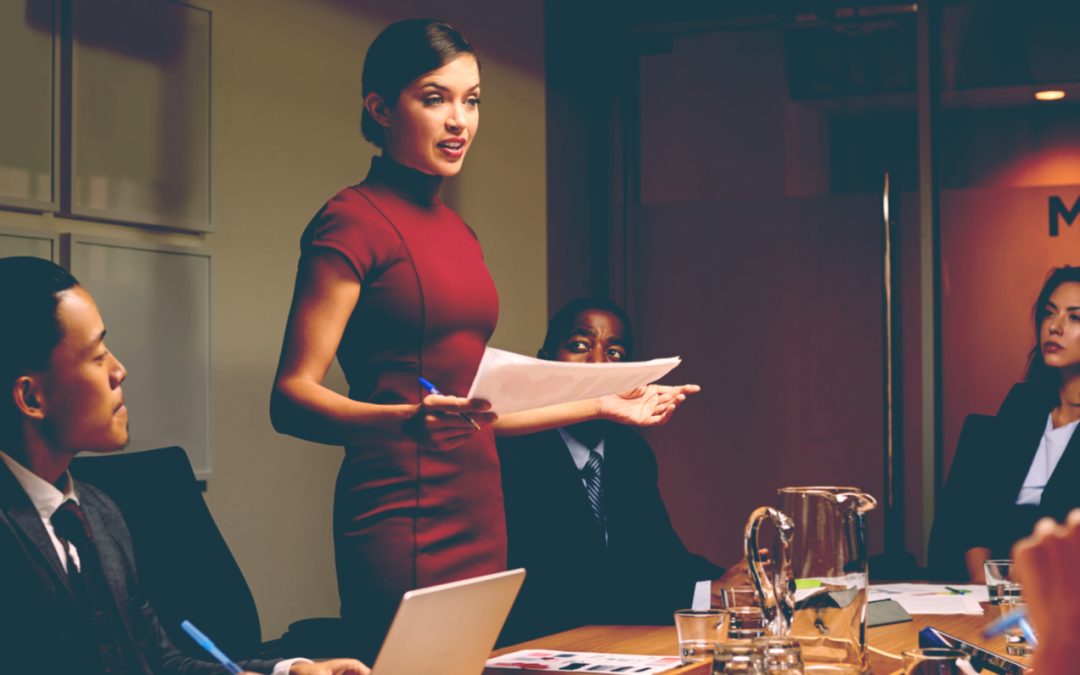 There’s a disturbing statistic stating that during the course of an average business meeting, men do 75% of the talking. As much as we would like to attribute it to women simply being more thoughtful and deliberate and not speaking to just hear themselves talk, we have a suspicion there’s more to the problem. We have probably all been in meetings where we internally contemplate speaking up or proposing an idea. We overanalyze how it’s going to come across, and the opportunity passes us by.

These meetings, whether they’re serious board meetings or casual brainstorming sessions, are where decisions are being made. If the statistic mentioned earlier is true, this means women’s voices aren’t being heard during the decision-making process. How do we change this?

Often our silence comes from a lack of confidence in what we have to say. We think our idea needs to be perfect or we shouldn’t say it at all. This can be solved in part by being ridiculously prepared to speak on the topic at hand. The more knowledgeable we feel about something, the more confident we’ll feel speaking.

The other part of the solution is to throw perfection out the window. Don’t worry about saying something wrong. Rest assured the men doing 75% of the talking do not have perfect ideas or know all the facts about an issue when they speak up.

If you’re not a naturally outspoken person, don’t worry! This skill can be practiced and learned. Start small by sharing your ideas with three or four coworkers then start speaking up in department meetings. Before you know it, you’ll be sharing your ideas in board meetings.

We say it repeatedly: empowered women empower women. There was an incredible interview a few years ago regarding women working in The White House and how they dealt with the hyper-masculine environment. There was an overwhelming feeling from all of the women that their voices were not being heard. They adopted a technique called “amplification.” When one female made a key point during a meeting or had a good idea, if the other women felt like it was overlooked, she would repeat it and give credit to her female colleague.

These women were deliberate and relentless with this technique, and it paid off. President Obama took notice and started making a point to call on women. These women had climbed the ranks and risen in their careers to work one-on-one with the President of the United States, and they still felt like they were being overlooked. This is an issue affecting every woman from 22-year-olds at the beginning of their career to those advising the leader of the free world.

The only way we change the dialogue is to insert ourselves into it. If we’re talented enough to have a seat at the table where decisions are being made, then we need to make sure our ideas are being heard while we’re there.

For more tips on speaking up in meetings, click here or here.