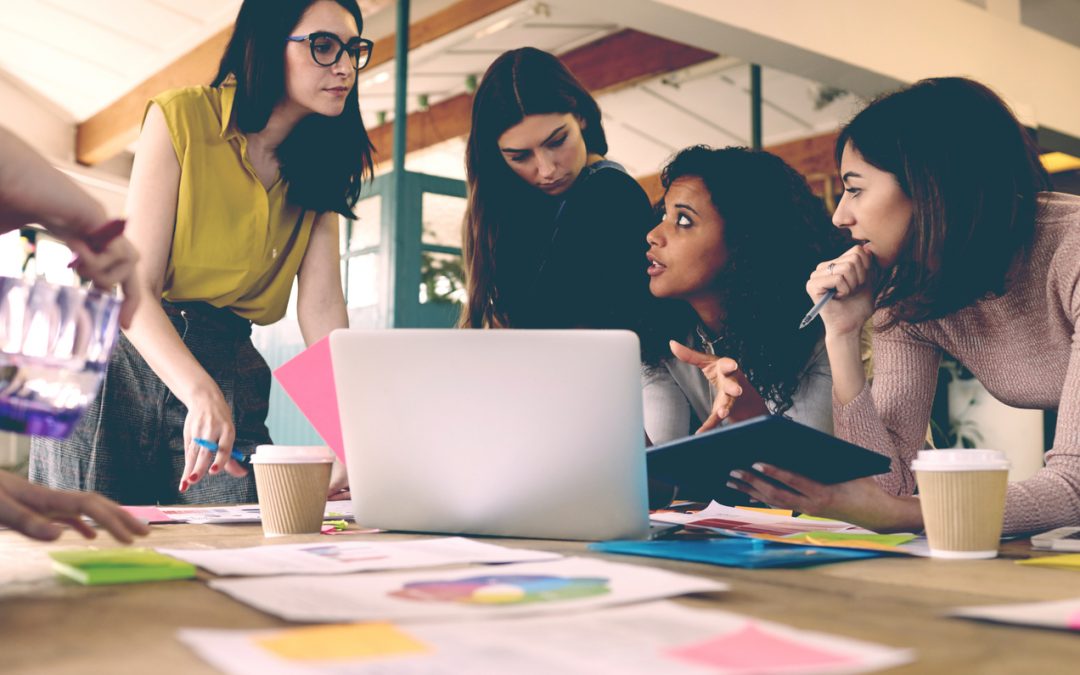 Modern technology allows an increasing number of professionals to work outside the walls of a traditional corporate setting. Freelancers, remote workers, and business entrepreneurs who typically work from home are starting to see a need for actual professional space – conference rooms for meetings, desks where it’s easy to sit and focus away from the distractions of home. That’s where co-working spaces come into the picture.

The idea of a co-working space sounded like a fantastic concept, so The Source decided to investigate some in the Jackson Metro Area.

Tucked away in the old, historic Duling School building in the middle of the Fondren neighborhood is an exciting, new asset for Jackson area entrepreneurs and professionals. The space was once an elementary school, so it’s incredibly appropriate and little bit poetic that learning and growth still remain the central theme here. The space has been restored to fit the needs of a professional in 2017, but you still feel as though you’re standing in a part of Jackson’s history.

Mantle occupies 5,000 square feet of versatile space that includes working tables for an entire team, private offices, and conference rooms for presentations. The break room is stocked with coffee, snacks, and beer but can also be used as an open concept classroom.

Throughout our visit, Mantle was buzzing with activity. A group of med students was busy studying at a team table. In solo offices, Mantle members were working diligently on multiple business projects.

Mantle also aims to be more than just office space. By connecting ideas with skills, Mantle is working towards becoming a community where entrepreneurship is fostered. Mantle identifies people with complementing skill sets, puts them together, and watches an idea grow into a business venture.

While Mantle is busy helping others grow – Mantle itself is also growing. They are busy adding additional co-working space right down the street in Fondren Corner.

Check out everything Mantle has to offer here!

Make your way into the heart of Downtown Jackson, and you’ll find another prime spot for co-working. Coalesce is located in the center business district of the city – ideal for anyone needing to meet or collaborate with business contacts downtown.

Located in the old Spengler’s Corner District, the building was built in the late 1800s and had long been vacant until recently. Other buildings in this historical strip started being utilized once again, and the potential for this old, dilapidated building was realized.

The buzz of downtown and view of Jackson landmarks such as The Old Capitol and The War Memorial offer a great ambiance for the space. It is a work space that would make it easy to be productive. Even during our late, Friday afternoon tour, Coalesce members were hard at work.

This open-concept space creates a laid back, comfortable environment where you get the feeling you can prop your feet up. It’s also full of professional essentials. They offer private desks for those wanting their own space, a cafe style area for on-the-go professionals, a kitchen, and an open meeting space perfect for events. Also a proponent of community and entrepreneurship, Coalesce brings great minds together by hosting various community events such as“One Million Cups”— a weekly event sponsored by the Kauffman Foundation. This meet up gives local entrepreneurs the chance to present their startups to a Jackson network.

We set out to learn more about co-working in Jackson, and we love what we found. The concept has made its way to the capital city in an impressive way. Mantle and Coalesce are both ideal spots for professionals. We definitely suggest you learn more!