Breaking Down the Boys’ Club 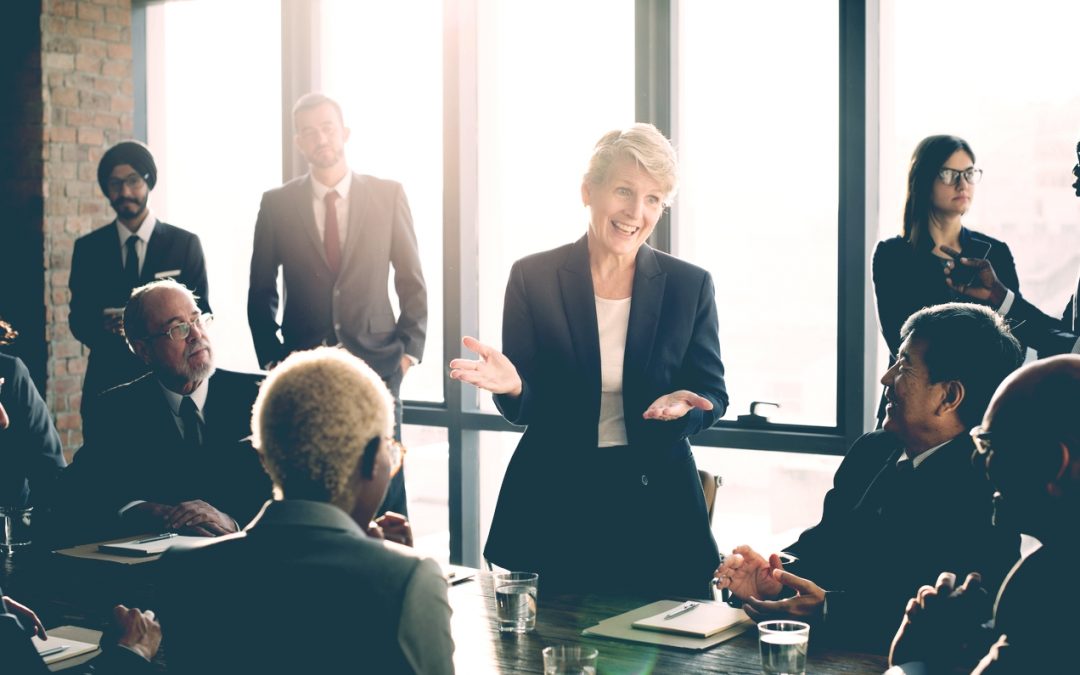 The phrase “boys’ club” typically evokes visuals of back-room decision making amongst whiskey-drinking gentlemen in smoked-filled offices. The premise makes for a great Netflix series, but does absolutely nothing positive for professional women. This visual probably takes you back to the 1970s. Unfortunately, what we think is a scene from Mad Men is actually still a 2018 reality in many industries.

The actual smoke-filled rooms may be a thing of the past, but the metaphor and the obstacle they create for women are very much alive and well. For instance, think about where many top, male executives do their networking or host clients: golf courses, hunting lodges, clay shoots, and happy hours. How do we as women overcome this boys’-club mentality? Do we outwork them? Do we say, “If you can’t beat them, join them!” and begrudgingly buy a set of golf clubs?

Representative Shirley Chisholm, the first African-American Congresswoman, famously said, “If they don’t give you a seat at the table, bring a folding chair.” What does our “folding chair” look like in 2018 and how do we move towards a more permanent seat at the table for every professional woman who wants one?

Companies need to be clear about salary ranges and career paths. When companies refuse, we need to educate ourselves. There are many informative resources on the Internet created to tell you the average salary of someone in your same position. Once we’re knowledgeable about those facts, we can have frank conversations with superiors about a solid career path or concerns about a pay gap.

If companies aren’t going to invest in empowering women simply because it’s the right thing to do, maybe they’ll listen to numbers. Research shows when companies commit themselves to a more diverse workforce, their numbers improve. They attract a larger pool of talent, improve employee satisfaction, and increase their bottom line. Companies ranking in the top 25% for gender or racial and ethnic diversity are statistically more likely to achieve above-average returns.

Boys’ clubs have gotten away with being just that because historically they’ve been allowed to do so. There haven’t been enough women in high-powered or influential positions to truly network at the level men have been doing for eons. Often in instances where men get to call in a favor, women have to out-hustle and truly prove themselves. As women continue to break through barriers and make our way to top positions, it’s imperative we remember to turn around and help the next woman in line.

Let us be clear: this is not a man-hating post. Every one of us has men in our lives whom we love and adore: fathers, husbands, brothers, friends, etc. The problem is not with an entire gender or group of people. The problem lies within an old institution that we simply can’t seem to shake. Instead of making it an “us versus them” scenario and maligning 50% of the population, look for male allies. Seek out the men in your company who promote your good ideas, who call out sexism when they see it, and who are willing to go to bat for you. In a world that can be divided and hostile, it’s encouraging to find allies and nice to know you’re appreciated.

Dismantling something that is so ingrained in our society can seem like a daunting task, but we can chisel away at this outdated, ineffective tradition one day at a time with the support of good women and men who are willing to speak up and companies who want to reward merit, not gender. What we’ll find on the other side of this is a lot of hard-working, brilliant women ready to finally sit in leadership positions.

For other thoughts on this topic, click here, here, or here.